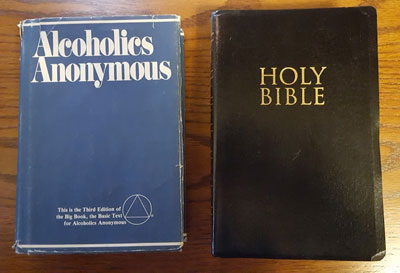 
EDITOR’S NOTE: This has absolutely nothing to do with Neil T. Anderson’s book or program.

The first time I was introduced to the program of Alcoholics Anonymous, I was 20-something. I had been living on the street (Denver’s notorious East Colfax Avenue) and someone suggested that I might want to take advantage of a 2-week, in-house, alcohol awareness program available at Fort Logan hospital in southwest Denver. I do not recall if the person who made the suggestion to me had been through the program himself, but he told me that at the end of the two weeks there was a halfway house I could stay at for thirty days. That sounded like a good suggestion, so I gave it a try. Although I didn’t see myself as a drug addict or alcoholic, I guess I was headed that way, as I answered all the intake questions satisfactorily enough to qualify for the program. 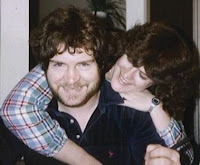 At the end of the 2-week program I met the woman to whom I am currently married. She was not in the program, but was the roommate of a girl whom my step-brothers had gone to high school with. I learned that they were going to a local nightclub and I was looking for some action, so I met them there. That was the first and last time that she was drunk and I was sober (and remained so for the duration of the evening). I ended up spending the night at their apartment and ended up moving in with them instead of going to the halfway house. Eventually, the other girl moved out, and I remained. I am not sure why, except to say that I guess both of us had something the other wanted.

After living together for two years, we ended up getting married. Needless to say, it was a rocky marriage for many years. As my drinking became progressively worse, I did things that most women would not have tolerated. As I progressed into a full-fledged alcoholic, my wife became a full-fledged co-dependent. And so it was for the next ten years. 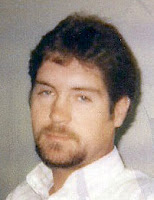 About the time of my third DUI, I decided it might be a good idea to check into rehab. It was in rehab that I was re-introduced to Alcoholics Anonymous. Even after spending 28-days in rehab, I still didn’t see myself as an alcoholic, because I didn’t get drunk every time I drank and I didn’t drink every day. I merely considered myself a heavy drinker who simply made the mistake of driving while intoxicated. But I knew I needed to look good in front of the judge, so after my stay in rehab, I found a local A.A. club and judiciously attended meetings there. By the time my court date rolled around, I had been sober for about three months or so. As a result, the judge commended me for my efforts and was lenient in his sentencing of me.

I was ecstatic! And just to prove to myself that I wasn’t alcoholic, I stuck around that club and attended meetings for two and a half years; and they were a great two years — sort of. You see, in those days I was only “dry”, as they say. I wasn’t drinking or smoking pot, but I wasn’t working the program either. I never got a sponsor. I never truly worked the steps. I simply listened to what everyone said, learned all the good things to say in a meeting, and did all the little things they suggested; like sticking around after the meeting to empty ashtrays and to help clean up. This resulted in my becoming assistant manager of the club and a member of the board. Now I had a new addiction; approval and affirmation. As long as I was a good little monkey, doing and saying everything that was expected and required, everyone liked me and heaped on the praise. I was in pig heaven.

Every play has a final curtain and mine came down on me sometime in the spring of 1989. While I had been performing on stage, I had been dallying with danger behind the scenes. When my exploits were discovered, I was summarily bounced out on my keester. While my actions were not criminal, per se, they were definitely immoral. So, being true to my real nature, I went back to my former hide-out and sought to renew my acquaintance with my old friends, Bud Weiser and Mary Jane (that is, booze and drugs).

Ten years later I was an emotional and spiritual wreck. I was well past mid life and still living as though I was 20-something. Adding insult to injury, I had also realized that my drinking career had taken on a life of its own, for now I found myself craving and planning my next drunk. I wouldn’t drink on the weekends because I knew the cops were out prowling around for “weekend warriors”. So I designated Mondays as my day of debauchery. And if I couldn’t get good and drunk when I wanted to, then I became this miserable monster that nobody wanted to be around. I did whatever it took to get good and stinking drunk when I could no longer stand the beast of craving that consumed my very soul.

When I finally realized I had become the person I never wanted to be, completely and utterly devoid of any self-respect and ambition, I protested the dawning of each new day. I did not want to die, but neither did I want to continue living as I had been. Hopelessness overwhelmed me. Drowning in my own sorrow and misery, I made my way back into the rooms of Alcoholics Anonymous.

I didn’t stop drinking right away. I still tied one on between meetings. At first what I heard in those meetings only seemed to make me thirsty for another drink. But everyone told me to keep coming back, so I did. Eventually I began to hear someone speak words of healing and hope; words that I so longed to hear. Finally the day came when I gathered up the courage to talk to that person. At the time I had no idea that he would end up being my sponsor, but God did. Today I know the why and the how of it.

My sponsor wasn’t just another recovered alcoholic. He was (and remains to this day) a man of God. He told me how God had moved in his heart and in his life and had given him new meaning and purpose. He spoke words of refreshment and healing. He told me that God had done for him what he was unable to do for himself; and that God could and would do the same for me. That was exactly what I needed to hear and so desperately longed for. Into the blackness of my wretchedness came a spark of hope that grew into a life-saving “ladder of light” that I used to climb out of the pit of dark despair that I had dug for myself. 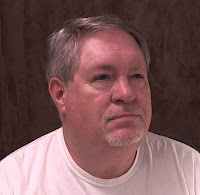 Today I am a grateful, RECOVERED, alcoholic, addict. I have recovered from a seemingly hopeless state of mind and body. God has done for me what I could not do for myself. He has given my life meaning and purpose. He has freed me from the bondage of self-destruction and has given me full access to his Spirit of Holiness and all that entails. All of this being a result of his reaching out to me with his love and my responding to that love in kind.

Please, do not misunderstand; I am still very flawed and prone to failure. I am far from perfect. God is continually working on my heart, revealing more and more of himself to me. A day at a time he continues to transform me from the inside out.

There is still much I have to learn and practice as regards his will for me and the practical application of all that he puts on my plate each day. But today I am open to his direction, where before I wanted nothing to do with him. Today I freely admit my weakness and long for his hand upon my heart and my life. Today I desire to deny myself, to take up my cross and follow the path his Son took. Today I desire to be one with Christ and to be nourished and disciplined by him. Today I look forward to each new day and receive it as the precious gift it is.

My life is no longer my own, but has been bought and paid for at a great price. And though I am not worthy of such forgiveness, I welcome it gladly and count it as the greatest treasure I could ever have.

While it was the 12-Steps of A.A. that God used to draw me back to him, it is my own interpretation and adaptation of those twelve steps, that I live by today.
My hope and my prayer is that everyone who is hurting might come to know the joy and the peace that comes from accepting the love that God has for us.

As addicts and alcoholics, we tend to blame our actions on the substances we ingested, because - under the influence - we did and said things we normally would not do and/or say.
Post a Comment
VIEW DISCUSSION »

In Need of a Friend

Everyone needs a friend that they can relate to and with. Those of us in recovery need an extra-special  kind of friend.
Post a Comment
VIEW DISCUSSION »