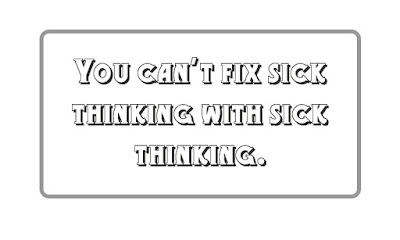 This is a statement one will most likely never hear outside a meeting of Alcoholics Anonymous. However, if you do attend 12-step meetings on a regular basis in an effort to recover from the “disease” known as alcoholism, then you are probably quite familiar with that statement. In fact, you are likely to hear it said quite frequently, especially if you attend more than one or two meetings a week.

As a general rule, this anthropomorphism of the disease of alcoholism is based on the claim by A.A. co-founder Bill Wilson, that “once an alcoholic, always an alcoholic” (Alcoholics Anonymous, page 33). Also the claim on page 85 that “We are not cured of alcoholism.”

We alcoholics are men and women who have lost the ability to control our drinking. We know that no real alcoholic ever recovers control. All of us felt at times that we were regaining control, but such intervals – usually brief – were inevitably followed by still less control, which led in time to pitiful and incomprehensible demoralization. We are convinced to a man that alcoholics of our type are in the grip of a progressive illness. Over any considerable period we get worse, never better.

Bill made these claims based solely on personal experience; both his own and the experiences of others with whom he had talked with. The claims are similar to the pitch of a salesman seeking to have and retain a permanent customer. They also speak in direct contradiction to the statement made in the “promises” section of chapter six, “Into Action” (and elsewhere throughout the book) that “God is doing for us what we could not do for ourselves” (ibid; page 85).

If a person turns to the 12-Step program of Alcoholics Anonymous to overcome that which they find themselves unable to overcome on their own, then they must pay heed to the opening statements made in the fifth chapter, “How It Works.” Particularly, the statement that;

Some of us have tried to hold on to our old ideas and the result was nil until we let go absolutely. (pg 58)

Half measures availed us nothing. (pg 59)

It is not surprising to hear someone new to the 12-Step program of A.A. to parrot the claim that “my disease is out in the parking lot doing push-ups”. It is, however, heartbreaking to hear someone who claims to have taken all 12-Steps make the same claim; for it shows that they did indeed hold on to some of their “old ideas” and opted to ignore the statement and subsequent question in the chapter “To Agnostics”.

When we became alcoholics, crushed by a self-imposed crisis we could not postpone or evade, we had to fearlessly face the proposition that either God is everything or else He is nothing. God either is or He isn’t. What was our choice to be? (ibid; pg 53)

If God IS everything, if He IS the “One who has all power” (ibid; pg 59), the the only way possible for our disease to get “worse, never better” and to be “out in the parking lot doing push ups,” is if we are in denial that “God can do for us what we could not do for ourselves;” i.e.; we do not believe that “we have placed ourselves beyond human aid” (ibid; pg 24-25).

The following statement summarizes “The Promises” made on pages 83 and 84;

And we have ceased fighting anything or anyone – even alcohol. For by this time sanity will have returned. We will seldom be interested in liquor. If tempted, we recoil from it as from a hot flame. We react sanely and normally, and we will find that this has happened automatically. We will see that our new attitude toward liquor has been given us without any thought or effort on our part. It just comes! That is the miracle of it. We are not fighting it, neither are we avoiding temptation. We feel as though we had been placed in a position of neutrality – safe and protected. We have not even sworn off. Instead, the problem has been removed. It does not exist for us. We are neither cocky nor are we afraid. That is our experience. That is how we react so long as we keep in fit spiritual condition.

Denial will keep us in bondage to our “drug of choice”. To recover, we must admit the ABC’s of the 12-Step program;

(a) That we were alcoholic and could not manage our own lives.

(b) That probably no human power could have relieved our alcoholism.

(c) That God could and would if He were sought.

Then we can join with those who have accepted and practiced the principles of the program and declare;

“Quite as important was the discovery that spiritual principles would solve all my problems. I have since been brought into a way of living infinitely more satisfying and, I hope, more useful than the life I lived before. My old manner of life was by no means a bad one, but I would not exchange its best moments for the worst I have now. I would not go back to it even if I could.”  Alcoholics Anonymous; More About Alcoholism, pages 42, 43 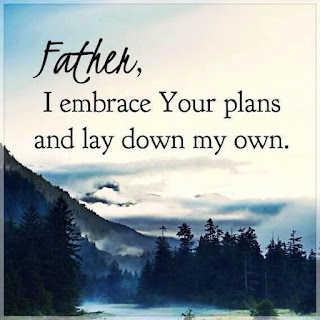 September 30, 2018
We say that we want to know the will of God, but when we find out what it is...
Post a Comment
VIEW DISCUSSION »

Visit profile
If you are struggling with Alcohol Abuse or other addictive behavior, and would like to learn about a solution that has helped millions of people discover "a design for living that really works", then we invite you to join us and live free again! You're not alone anymore! \o/