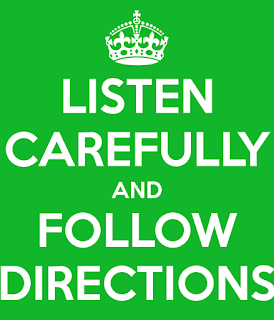 "The alcoholic slip is not a symptom of a psychotic condition... the patient simply didn't follow directions."

I'm sure I'm not alone when I say that since coming to the fellowship of Alcoholics Anonymous I have seen many people come and go, some by choice and others because of death from this disease. Is this because they simply refuse to follow direction, or is it maybe because the directions we are giving them will do nothing in combating their alcoholism.


I had the opportunity to hear a speaker one time talk about a factor that may be contributing to this. She talked about how; because we are so anxious for everyone to "get it" we might just ‘love them to death’. In our zeal to help them, we sometimes are afraid to hurt their feelings. Many of them come to us with a full knowledge, usually about 30 days, of the disease and know exactly what it was that made them an alcoholic and what it is they needed to do in order to recover from it. Unfortunately, though many times this information is false, I know I was once one of them.


Their heads are filled with slogans and catch-phrases. We cart them around to meeting after meeting introducing them to everyone we think will help them. We supply them with enough phone numbers to make any AT&T shareholder's eyes light up, yet we don't see the necessity of explaining to them the directions they need to follow in order to recover from this disease.
In 1947, Dr. Silkworth wrote in the AA Grapevine,


"The mystery of slips is not as deep as it may appear. While it does seem odd that an alcoholic, who has restored himself to a dignified place among his fellow men and continued dry for years, should suddenly throw all his happiness overboard and find himself again in moral peril of drowning in liquor, often the reason is simple.


"People are inclined to say, 'There is something peculiar about alcoholics. They seem to be well, yet at any moment they may turn back to their old ways. You can never be sure.'


"This is largely twaddle (which means foolish, empty talk, nonsense.). The alcoholic is a sick person. Under the techniques of Alcoholics Anonymous, he gets well - that is to say, his disease is arrested. There is nothing unpredictable about him any more than there is anything weird about a person who has arrested diabetes."

I came to you with thirty days under my belt and happy as could be that I wasn't drinking. I knew all the right things to say at meetings. I could quote psycho-babble with the best of them. I got into activity right away. I continued along "my path" (not the path referred to in "How It Works") for a period of a year and a half at which time I suddenly realized that life was no better. Sure it all looked great on the outside but what about on the inside. I would sit in meetings and hear about people, who had gone back out, and wonder when was it going to happen to me - how long before I would drink again. I came to the realization that for the first year and a half I had remained sober through what I later heard referred to as fear and fellowship.


You see I had been to your meetings, I had taken part in all your activities and I was involved in service and people were telling me how great I was doing - if they only knew. When the fear of drinking again got to a point that I realized I knew nothing of the recovery process I stumbled across someone who refused to "love me to death." Someone who was not afraid to hurt my feelings. Someone who was willing to share with me the DIRECTIONS necessary to recover.


Dr. Silkworth's writing continues and he compares us to the cardiac or TB patient:


"The patient in each case rationalized himself out of a sense of his own perilous reality. He deliberately turned away from his knowledge of the fact that he had been the victim of a serious disease. He grew overconfident. He decided he didn't have to follow directions."


There is no reason to charge the slip to alcoholic behavior or the second heart attack to cardiac behavior. The alcoholic slip is not a symptom of a psychotic condition. There's nothing screwy about it at all. THE PATIENT SIMPLY DIDN'T FOLLOW DIRECTIONS.


Rules and regulations irk almost anyone, because they are restraining, prohibitive, and negative. The philosophy of AA, however, is positive and provides ample sustained emotion - a sustained desire to follow direction voluntarily. Let's get it clear, once and for all, that alcoholics are human beings. Then we can safeguard ourselves intelligently against most slips. In both professional and lay circles, there is a tendency to label everything that an alcoholic may do as "alcoholic behavior." The truth is, it is simply "human nature."


I cannot possibly come in contact with everyone who reads this, but to those of you who are wondering, as I did, how long it is before you drink, and no one has shared with you the directions you need to follow to prevent that from happening, I will do just that. They can be found in the book "Alcoholics Anonymous" - our basic text. It's not a novel; it is not something we casually read on a nice spring day in the park. It is a textbook, which, according to Webster, is "a book giving instruction in the principles of a subject of study...”.


Do yourself a favor; find out what the directions are.


I wish you well as we "trudge this road of happy destiny" together.


In the Fellowship of the Spirit,