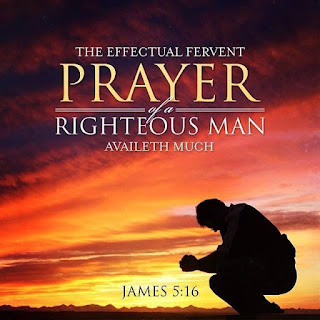 Prayer is not a gimmick by which we charm or coerce God into giving us what we want. Prayer is a sober-minded acknowledgment of our true situation before the Lord and an admission of our need for His divine help.

Do you ever feel as if your prayers bounce off the ceiling rather than reaching God? If so, consider carefully the prayer of Daniel for the release of his people from captivity (Daniel 9). It is a testimony to the fact that God answers prayer in His time and according to His purposes as the angel Gabriel announced (Daniel 9:24-25).


However, God does not answer each and every prayer as the one praying would like. Why, then, did He respond to Daniel’s? Here are some observations:


1) Daniel's prayer was the result of his study of Scripture. The timing of Daniel’s prayer is highly significant. It came in the first year of Darius, around 539 B.C. (Daniel 9:1). That was the year in which Babylon fell to the Persians, a truly astounding event that must have sent Daniel back to the Scriptures to search for understanding.


2) Daniel confessed and repented of his people’s sins. By all appearances, Daniel was a godly man of faith who lived a life of utmost integrity, both before and after being deported to Babylon. Yet despite his own personal innocence, he confessed to numerous sins as a member of God’s wayward people. Four times he told the Lord, We have sinned (Daniel 9:5, 8, 11, 15). This is a powerful example of corporate confession, in which one accepts personal responsibility for the sins of one’s people (see Lamentations 1:18).


3) Daniel fasted and prayed for a period of time. The Bible does not say exactly how long Daniel’s prayer of confession lasted, but it was probably more than a day, as he refers to fasting (Daniel 9:3). He also demonstrated his remorse for sin in a very tangible way by wearing sackcloth and smearing himself with ashes. Clearly he wanted God to know that he was sorry for the sins of his people.


Only after this prolonged period of confession did Daniel ask the Lord for mercy (Daniel 9:16-17). He did not even raise the possibility of restoration, despite God’s promise in the Law and his awareness of Jeremiah’s prophecies (Daniel 9:2). He asked only that the Lord would act on behalf of His own interests (Daniel 9:18-19).


James said that the effective, fervent prayer of a righteous man avails much (James 5:16). Daniel’s prayer seems to be a case in point. Not long after Daniel prayed, Cyrus issued a decree allowing the Jews to return to Jerusalem and begin rebuilding the temple (2 Chronicles 36:22-23). Was there a connection between Daniel’s prayer, Cyrus’ decree, and Jeremiah’s prophecies? Gabriel indicates that there was (Daniel 9:23-25).