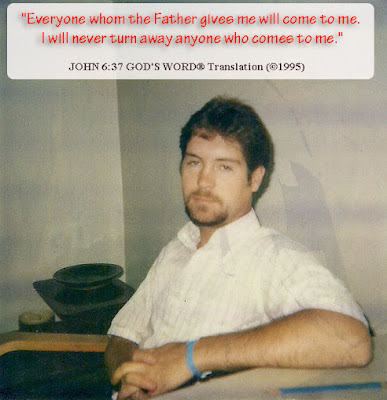 A little bit about the founder of Focused and Free. 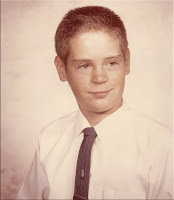 I was raised in the Methodist church from when I was a preschooler, but I never really had any idea what it truly meant to give my life to Christ. When I was 12-years old, my mother took me to a Billy Graham crusade. It was the first time I felt the tug of God on my heart. My life has never been the same since.


From that point on it seemed that my family and I were under severe spiritual attack from “the adversary of our soul.” When I turned thirteen, Dad became distant and rejected all my affections. Mother became so ill that it affected her personality. She was constantly losing her temper, yelling and screaming at dad and me. She would throw dishes at my dad or just pull them out of the cupboard and smash them. She’d whip and beat me with whatever was within reach. Mother’s condition was incorrectly diagnosed as mental illness. It adversely affected our family.


One month after my 14th birthday, dad died while having an asthma attack. A year later, mom had a hysterectomy, in which the true cause of her illness was found; endometriosis [a massively infected cyst attached to her uterus]. It took her two years to regain her health, and her emotional recovery was never complete. The damage done from the illness, and the electroshock treatments they gave her under the misdiagnosis, had already taken their toll.


By age sixteen I could no longer tolerate conditions at home. I felt betrayed and abandoned by the God I had grown up with. From age thirteen I had been told by my mom that I was enough to make a preacher cuss and that I was destined for a life of imprisonment. I had calluses on the back of my legs and buttocks from all the beatings with belts, wire clothes hangers, and tree switches. Nothing I ever did was good enough. I was under constant physical, verbal, and emotional abuse. Feeling unloved and unwanted, I attempted suicide. When that failed, I ran away from home and went looking for the “free love” I was seeing on TV and heard people sing about in the music of the time. But instead of “peace and love” I discovered “sex, drugs, and rock-n-roll.”

By the time I turned 18, I was well down the road of alcoholism, recreational drug abuse and relationship addiction. On June 30, 1971, at the young and immature age of 18, I married. Within the first year of marriage I fathered my only ‘legitimate’ child. Needless to say, the marriage broke up shortly after the birth of my son, due to my infidelity, alcoholism, and drug abuse. I ended up living on and off the street (Denver’s notorious East Colfax Avenue) for a number of years. I played at jobs and women, but booze and drugs were my true love. Occasionally I would sober up for a month or two, usually because some “Christian” girl I lusted after, had been trying to convert me. But after a brief respite, I’d always go back to my old friends, ‘Bud Weiser’ and ‘Mary Jane’ (booze and marijuana).

When I exhausted all known means of support, I entered a two-week “alcohol awareness” program. It was near the end of that program that I met my current wife, Susan, at a nightclub. That was the only time I was sober and she was drunk. For the next 20 years she was “a good little codependent” and tolerated my alcoholic lifestyle. If you have any questions about what hell is like, just ask her. Lord knows I put her through all kinds of it. But then, she stuck around for it, so in her own way, she was just as sick as me.


On July 12, 1999, I began my journey down the road to recovery. That was when I began working with a man I had met in Alcoholics Anonymous. At the end of our first talk, I asked him what the next step was. He told me, “90 meetings in 90 days and start going to church.” Since that time my wife and I have been actively pursuing a greater understanding of God’s grace and His plan of Salvation through faith in Christ. I am truly grateful for God’s love and direction in my life, even when I didn’t want it. As the old song says, “I once was lost, but now I’m found; was blind, but now, I see.” (Amazing Grace, John Newton, 1779 ) 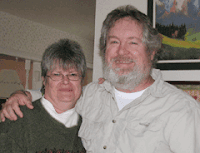 I have come a long way, but I still have a long way to go. It’s been said that “God works in mysterious ways”. I hold that it’s only a mystery if you don’t know God. For without God, one can never know true peace and joy. Therefore I strongly encourage you to set aside any prejudices you may currently have about God and take the time to read God’s Word (The Holy Bible) – starting with The Gospel of John in the New Testament. Prayerfully ask him to open the eyes of your heart to his love and kindness. The only thing you’ll regret is that you waited so long.