My Higher Power, the Light Bulb 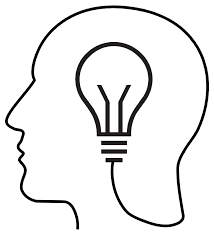 In their sincere and honest attempt to maintain a "hands off" policy regarding fellow members' religious beliefs and perhaps sensitivities, our AA founders exercised gentle wisdom and proffered spiritual freedom.

No one, it was rightly thought, should be permitted to impose his or her own religious concepts and beliefs upon any other member of the fellowship. The area was much too important to the newcomer, to be tampered with by mortal man. The very life of the newcomer ultimately depends upon his or her "personal relationship" with a "Power greater than they are." The notion was valid in the Program's early days -- and it still is!


In no way, shape or form, however, was the idea conceived to avoid guiding our beloved newcomer along the path of spiritual progress. Quite the contrary, our whole purpose as recovered alcoholics was, and is, to help the next person achieve sobriety. If that person is a real alcoholic his or her only hope is a loving, healing, God. So in its most basic and simplest terms, our only real purpose is to help the still-suffering alcoholic to find God.


This is no easy task. Vast arrays of difficulties present themselves to thwart the new person's journey. The foremost adversary, of course, is the illness itself. It seems that many, many alcoholics have a fierce, emotionally charged resistance, to accepting any dependency upon a Power, which, to them, may seem an abstract and remotely distant concept. This internal resistance is most effectively broken down by the newcomer's initial desperation. It seems such a shame that today's A.A. actually encourages the newcomer to avoid reaping the blessing of that desperation. If intense enough and deep enough, this emotional "bottom" will be the very propellant the newcomer needs to thrust them into the recovery process offered by AA, through its 12 steps.


Another stumbling block, which many people who are new to the Program are currently encountering, is us! We seem to be full of fear regarding the responsibility that we have been given in the area of spiritual guidance. We shirk this responsibility by evasiveness or by the direct side-stepping of the issue by such statement as, "It's God as you understand Him," and, "It's up to you to come to your own conclusions." So, the newcomer is left to their own devices. They are expected to arrive, alone and unguided, at a relationship with their Creator.


One of the most powerful and hope-filled statements to be found in the entire text of Alcoholics Anonymous can be found on page 25.

"The great fact is just this, and nothing less: That we have had deep and effective spiritual experiences which have revolutionized our whole attitude toward life, toward our fellows and toward God's universe. The central fact of our lives today is the absolute certainty that our Creator has entered into our hearts and lives in a way that is indeed miraculous. He has commenced to accomplish those things for us which we could never do for ourselves."

Are we so far removed from the results the co-founders and pioneers of our recovery program realized, that today these words are nothing more than a nice thought or an exaggeration due to artificially inflated emotions? If so, then we obviously cannot transmit something we do not have. We cannot share an awareness we don't have. We cannot give guidance that we have never received. We cannot share a vision of a God that we have never seen. Our lack, thereby, becomes the newcomer's lack, and they may die because of it!


Our resistance becomes their license. In their liquor-befogged mind, they do not seek and experience “the One who has all power” ("...that One is God, may you find Him now!"), instead, they create their own god! It's no wonder that their dryness becomes so barren that in a very short time they return to drinking. Their Higher Power is a light bulb! (No joke, we have heard this concept voiced more than once, and not only by newcomers!) Or perhaps this power greater than himself was a chair, or a wall, or even a mere mortal sponsor.

A quick glance at the top of page 93 of the Big Book makes instantly clear a very important qualification in the concept of "…as you understand Him," and that is: ‘He can choose any conception he likes, PROVIDED IT MAKES SENSE TO HIM. The main thing is that he be willing to believe in a Power greater than himself and that he live by spiritual principles.’"


A light bulb (or any other inanimate object for that matter) is not a Power that can or will restore them to sanity (and solve all their problems – see pg 13)! A simple flick of a switch turns off that power. A wall? Not so powerful when confronted with a bulldozer. A chair? An ax can make quick kindling of that higher power. A sponsor then? If the sponsor fails to perfect his spiritual life, his old foe alcohol is sure to reclaim him. So he won't do very well as a greater power. How about a whole group? (Group Of Drunks) Possibly for someone else, but not for us.


Phrases such as "higher power", "power greater than ourselves", or "as we understood Him", were not created as an enabling device to justify our membership's continued avoidance of a connection with our Creator. Page 46 of the AA book says,

"We found that as soon as we were able to lay aside prejudice and express even a willingness to believe in a Power greater than ourselves, we commenced to get results, even though it was impossible for any of us to fully define or comprehend that Power, which is God."


Our founders held no reservations whatsoever with WHO was dealing with them. Perhaps we would be well advised to think twice before we attempt any reservations ourselves. Alcoholics Anonymous is not allied with any religion, as we well know. But it is allied with God, "for our very lives as ex-problem drinkers depend on it." It is allied with spirituality, for despite what our preamble states, A.A. is not just a "fellowship," it is a spiritual way of life.


It is our most earnest desire that no one reading this feels that we are trying to impose any presentation of God or His nature on anyone. Our real hope is that a reader may be jolted from a position of complacency or spiritual evasion and get about the business of recovery.


All rights reserved - all wrongs amended.