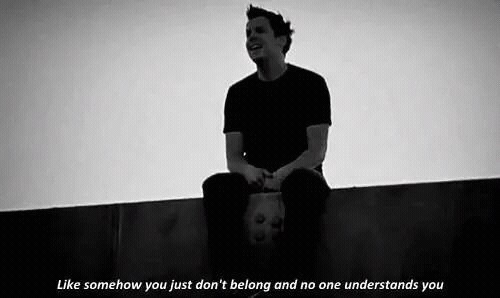 “If home's where my heart is then I'm out of place”
–from the song Homesick, by Mercy Me.


EDITOR'S NOTE: This article was originally written and posted back on January, 2007

Been feeling out of place lately? I know I sure have. Not even comfortable in my own body or mind. My heart has been heavy with all the cares of this world, this life, my life in particular.

There is so much I want to do for and with others, and I cannot. I am not able, for a number of reasons, to do and be all that I would like to. For many years I have felt out of place, like I don’t belong here. It has been (and still is) difficult for me to fit in anywhere and feel comfortable, like I belong.

All my life I have been an outcast, never fitting in anywhere, not even in church. I tried really hard to play by the rules and do what I could to fit in, to be a part of where ever I was. But it never worked; I could never pull it off. My heart was never comfortable with playing whatever bit-part was required of me for the situation I was in. I’ve never been free to be myself because no one has ever accepted me as myself. I don’t know why. Honestly. Maybe it is because I am too easy-going -- too open and honest with my feelings. Perhaps it is because I am unwilling to play the games and tricks that people play on one another– be they just for fun or to get ahead in life. I never could tell a convincing lie. I never was any good at sports. As a result, all my life I have been the brunt of jokes and dirty-tricks.

Those of you who have never had any problems fitting in are probably thinking that I am simply feeling sorry for myself. Perhaps you are right. I know the shooters at Columbine High School in Colorado felt picked on. So, they took it out on their tormentors – on those whom they felt were to blame for all the hurt and pain that was inflicted on them. I sort of did the same thing, but in a different way. You see, they externalized their feelings. I internalized my feelings. At age 16 I tried to “cash in my chips.” When that failed I tried to bury the hurt and the low self-esteem with booze and other drugs. I nearly succeeded in killing myself (and Lord knows how many others) in the process.

For example, I wrapped a ‘59 Oldsmobile around a telephone pole when I missed a turn -- going 70 MPH on a dirt road at night-- drunk and stoned out of my gourd. Keep in mind that a ‘59 Oldsmobile was made out of steel back in those days; heavy steel. When the Colorado State Patrol found the U-shaped car, the broken telephone poll, and all the blood on the scene, they wondered who had removed the body of the driver. You see, it was on the driver’s side door where the car had impacted with the telephone pole. I was so drunk, that after a moment of unconsciousness, I climbed out of the car on the passenger side and walked home – 15 miles away from the scene of the accident, blood gushing out of head. By the time I got home, my long hair was crusted solid with my own blood. I never went to a hospital nor to a doctor because the car I was driving was not my own. It wasn’t stolen, it just wasn’t my car. I called the owner the next morning and told him what happened, so he could tell the police his car was stolen and get the insurance to pay for it.

I could tell of other times I should have been dead as a result of my intoxication, but it really isn’t relevant at this point, as the only point I want to keep focused on here is the “feeling out of place” that has permeated my entire life.

I was introduced to God and Jesus at an early age. Well, OK, I wasn’t “introduced” to them, but people had told me things about them. Not knowing any better, I believed what they said. Problem was, they either didn’t know what they were talking about, or I wasn’t paying very good attention to what they were telling me, because it wasn’t too long before I found myself angry as hell at the God and Jesus I had come to know – and I was just as angry with those who had been my teachers. Every one of them was a liar and a cheat – hypocrites, all of them. Not a one of them even lived up to the golden rule of “do unto others as you would have them do unto you.” Instead they turned it around to where it was “do unto others before they do it to you!” Instead of “love thy neighbor,” it was “love thy neighbor but don’t get caught!” Christians were the biggest liars and cheats out of everyone I had ever met. They would say one thing and do another. At least with non-Christians I knew where they stood and what to expect from them. I learned that I could trust non-Christians better than those who claimed to be “Christian.”

I apologize for the brief digression, but I felt it necessary to bring forward a little personal background, so that you might better understand where I am coming from and where I hope to get in this article.

For thirty years -- with the help of booze and other substances -- I was able to kid myself into thinking that I was finally fitting into the world. Every time I started to lose the feeling that I fit in, I numbed my feelings with more booze and other drugs. But eventually even the booze and other drugs couldn’t block out the reality that I really didn’t fit in with anyone, anywhere. Lost and utterly demoralized, I turned to God and said, “OK God, I give up. You wouldn’t let me outright kill myself when I was 16, and you’ve kept me alive all these years I’ve been trying to kill myself with booze and drugs. So, what now?”

God introduced me to one of His servants. With his help I became clean and sober and gained a new understanding of God and Christians. I served “the church” for the next 3 years. By the end of those three years I learned that Christians were still the same as they were when I was a kid. Nothing had changed in that respect. So I switched churches thinking I was simply going to the wrong church. After a year at the new church, I realized that it didn’t matter where I went “to church.” The people would always be liars and cheats. Or as the Native Americans used to say, “They speak with a forked tongue.”

Five years have past since my wife and I regularly attended any “church services.” Instead, we have simply been studying the Bible on our own and together. We worship and sing both together and privately. My wife has the benefit of getting together with a couple of women she had became friends with from the first church we went to. They get together weekly (on a fairly regular basis) as a small group.

As for me, well... it is just me and God, because I have never fit in with any of the men at either of the churches. For some reason, men are not as desirous as women to get together and openly discuss the things of God and their walk of faith. They would rather go on retreats and read books like “Wild at Heart,” “Prayer of Jabez,” etc., as opposed to being open, honest, and genuine with one another. Too much pride and/or fear, I guess. It was always easier and safer for them to sit around and talk about guns, hunting, fishing, cars, sports, and politics, than to talk about a personal, intimate relationship with God.

As a result of my having no one to talk about God with, I can and do get really out of whack sometimes. I can talk with my wife, but there are some things a man simply cannot discuss with his wife – it’s a gender thing, you know.

Since I’ve sobered up and placed my trust in Christ, I have really come to realize – more than I ever have before – that I am really, really out of place in this world. I do not belong here. I truly am a stranger and a sojourner here. And it wasn’t until this morning while I sat listening to Mercy Me’s song ’Homesick’ that I fully realized what my problem is and has been all my life. I am homesick. I am “out of place” in this world.

As beautiful as our earth is (not counting what damage mankind has done to it), I still have no desire to be here. I do not fit in. Yet, here I am, because here is where God put me. And I have the feeling that I am stuck here until I fully realize and fully understand the reason why He put me here -- on this earth, at this time.

I guess that is why I can relate so well to the words of the song, Homesick. Especially the part that says…

Help me Lord cause I don't understand your ways
The reason why I wonder if I'll ever know
But, even if you showed me, the hurt would be the same
Cause I'm still here so far away from home

I realize that the author of the song initially is singing about being reunited in heaven with his earthly father, and I’m sure that there is probably a ‘double-entendre’ in the words – of his longing to also be with “Our Father in Heaven.”

Being an illegitimate child that was adopted by a man who only cared for my physical needs and never actually cared about me – who, by the way, died when I had just turned 14 – I have never known the love of an earthly father. That is why I really, really long to be with my Father in heaven. But before I can go to be with Him, I must first come to know and desire to be with His Son, as much as I desire to know and be with His Father.

I close my eyes and I see your face
If home's where my heart is then I'm out of place
Lord, won't you give me strength to make it through somehow
I've never been more homesick than now

BART MILLARD and Mercy Me’s song, ‘I Can Only Imagine’ rocketed up the charts and became 2001’s best-selling debut in the Christian music industry. Millard, songwriter and Mercy Me front man, was honored with songwriter of the year for the song, penned after his father died of cancer. The laid-back band from Greenville, Texas, sold nearly 3 million records in only 3 years and earned an American Music Award for 2004’s Favorite Contemporary Inspirational Artist. Their album Undone includes the song Homesick.