The Passing of a Loved One 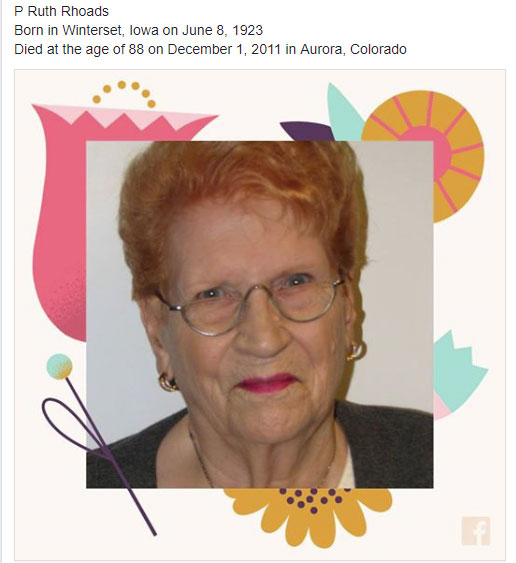 Now that mom is gone, what’s next, Lord?

Thursday, December 01, 2011 – Mom passed away today. She was 88-years old. I am so glad she is no longer suffering and struggling to get through each day. It was torture to watch her deteriorate. I can only imagine what it was like for her.


I am so glad we got the past cleared up between us. I only wish I would’ve been more tolerant and understanding with her when she was struggling so these past few months. For the most part I did well, but occasionally I would lose it and have to cut short the visit. It was as if she was battling something inside her – some kind of unclean spirit or something. She had been fighting that spirit (or those spirits) for as long as I can remember – even though I didn’t understand it at the time.


We have a word for it now-a-days. We like to call it by some fancy name or a set of initials, such as BPD (borderline personality disorder). Whatever is at the root of the behavior, it is hell for both the person afflicted, as well as those closest to the individual –especially loved ones.


God sobered me up back in 1999, both for his glory and my welfare – but mostly for his glory. And I glorify him today for all his actions in my life – and in the lives of those around me. While I have been clueless about most of his purpose and plan, I can see in retrospect how he has been moving me toward a goal – his goal. On the one hand it is scary and surreal. On the other it is awesome and wonderful. Especially as I become better able to recognize and identify his fingerprints on everything.


For example, he sobered me up in 1999 via church and A.A. (Alcoholics Anonymous). It was in A.A. that I met my sponsor – the man who would not only take me through the 12-steps of recovery, but also become my friend, pastor, and spiritual mentor.


As I have progressed in my recovery, God has been moving toward something I have yet to fully recognize. He didn’t help me find a job because he wanted me to help my mother and in the process learn much about myself and about forgiving; about unconditional love and compassion.


Along the way I have become a sponsor, a friend, and a spiritual mentor to others.


Along the way I have been SLOWLY growing and maturing. I have really resisted change in some areas of my life, yet in others I have grown by leaps and bounds; all of it seemingly according to God's plan and timetable.


Now I am anxious to see what he has in store for me next. I’m sure it won’t be anything like I am hoping for, but it will be everything that I need – that he wants for me. I believe I’m ready for the next phase. Now that mom is gone, what’s next, Lord?
at October 25, 2018

Email ThisBlogThis!Share to TwitterShare to FacebookShare to Pinterest
Discussion Group: On A Personal Note, Voices In Recovery