The Professor and The Paradox 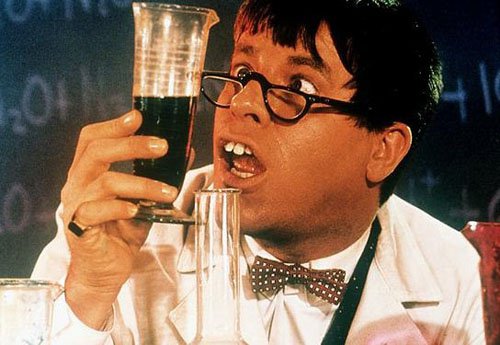 ‘The Professor and the Paradox’ is from the Personal Stories section of the book, Alcoholics Anonymous, 2nd edition.

I am in the public information business. I use that phrase or designation because if I say I am a college professor everybody always has a tendency to run the other way. And when they learn that I am a specialist in English, they have looks of–horror for fear they are going to slip up and say ain’t. I often wish I sold shoes or insurance or fixed automobiles or plumbed pipes. I would have more friends.

My story is not a great deal different from others- except in a few specific details. All the roads of alcoholism lead to the same place and condition. I suppose I have always been shy, sensitive, fearful, envious, and resentful, which in turn leads one to be arrogantly independent, a defiant personality. I believe I got a Ph.D. degree principally because I wanted to either outdo or defy everybody else. I have published a great deal of scholarly research I think for the same reason. Such determination, such striving for perfection, is undoubtedly an admirable and practical quality to have, for a while; but when a person mixes such a quality with alcohol, that quality can eventually cut him almost to pieces. At least it did so to me.

I began drinking as a social drinker, in my early twenties. Drinking constituted no problem for me until well after I finished graduate school at the age of thirty. But as the tensions and anxieties of my life began to mount, and the set-backs from perfection began to increase, I finally slipped over the line between moderate drinking and alcoholism. No longer would I drink a few beers or a cocktail or two and let it go at that. No longer did I let months or even weeks go by without liquor. And when drinking, I entered what I now know was the dream world of alcoholic fantasy. Then for about five years of progressively worse alcoholic drinking, of filling my life and home with more and more wreckage, it looked as if I were going to ride this toboggan of destruction to the bitter end.

Now there are all kinds of drunks: melancholy drunks, weeping drunks, traveling drunks, slaphappy and stupid drunks, and a number of other varieties. I was a self-aggrandizing and occasionally violent drunk. You wouldn’t think a little fellow like me could do much damage, but when I’m drunk I’m pure dynamite. I’m not going into any other details–the University can fire me yet!

I came to believe actually that life was not worth living unless I could drink. I was utterly miserable and sometimes desperate, living always with a feeling of impending calamity (I knew something was bound to “break loose”). And to do away with such a fear, I would try a little more drinking, with the inevitable result -for by this time one drink would set up in me that irresistible urge to take another and another until I was down or hung over and in trouble. In the hung over stage I would vow never to touch another drop, and then be drunk the next night.

I knew at least that there had to be some changes made. I tried to change the time and place and amount of my drinking. I tried to change my environment, my place of living-like most of us who at one time or another think that our trouble is geography rather than whiskey. I even entertained the idea of changing wives. I tried to change everything and everybody, except myself—the only thing I could change.

Finally, as with most of us in A.A., the crisis came. I realized I had a drinking problem, which had to be solved. My wife and a close friend tried to persuade; me to contact the only member of Alcoholics Anonymous we knew of in town. This I refused to do. But I agreed that I would stop drinking altogether, maintaining stoutly and sincerely that I could and would solve this problem “on my own.” I would feel much better doing it that way, I insisted. I stayed sober for two entire weeks! Then I pitched a lulu of a terrible drunken affair in which I became violently insane. I also landed in the City Jail.

I don’t know exactly what happened on this bender, but here are some things that did happen which I was told about subsequently. First, the officers who had come out to my house did not want to take me in–but I insisted! Also, I insisted that they wait in the living room while I went back to the bedroom and changed into my best and newest suit (with socks and tie to match), so that I would look nice in jail! I don’t remember the ride downtown, but when I came to the jail corridor, I didn’t like the looks of the little cage they were shoving me into, so I took issue about that with three officers and indulged in some fisticuffs with all three of them at once–each one of them twice my size and armed with a gun and a blackjack. Now what kind of thinking and acting is that? If that isn’t insanity, or absurd grandiosity, or some sort of mental illness, what is it? Because I yelled so loud and made so much noise, I ended up downstairs under the concrete in a place they call solitary. (That’s a fine place now isn’t it? for a college professor to spend the night!)

Two days later I was willing to try A.A., which I had only vaguely heard of a few months before. I called at the home of the man who started the A.A. group in my town, and I went humbly with him to an A.A. meeting the following night.

As I look back, something must have happened to me during those two days. Some forces must have been at work, which I do not understand. But on those two days – between jail and A.A. -something happen to me that had never happened before. I repeat, I don’t know what it was. Maybe I had made a decision just a part of Step Three (I had made lots of promises but never a decision)–though it seems to me that I was at the time too confused and fogged up to make much of one. Maybe it was the guiding hand of God, or (as we Baptists say) the Holy Spirit. I like to think that it was just that, followed by my own attempt to take the Twelve Steps to recovery. Whatever it was, I have been in A.A. and I have been dry ever since. That was more than six years ago.

A.A. does not function in a way which people normally expect it to. For example, instead of using our “will power,” as everyone outside A.A. seems to think we do, we give up our wills to a Higher Power, place our lives in hands -invisible hands-stronger than ours. Another example: If twenty or thirty of us real drunks get away from home and meet in a club-room downtown on Saturday night, the normal expectation is that all thirty of us will surely get roaring drunk, but it doesn’t work out that way, does it? Or talking about whiskey and old drinking days (one would normally think) is sure to raise a thirst, but it doesn’t work that way either, does it? Our program and procedures seem to be in many ways contrary to normal opinion.

And so, in connection with this idea, let me pass on what I consider the four paradoxes of how A.A. works. (A paradox, as you probably already know, is a statement which is seemingly self-contradictory; a statement which appears to be false, but which, upon careful examination, in certain instances, proves to be true.)

WE SURRENDER TO WIN. On the face of it, surrendering certainly does not seem like winning. But it is in A.A. Only after we have come to the end of our rope, hit a stone wall in some aspect of our lives beyond which we can go no further; only when we hit “bottom” in despair and surrender, can we accomplish sobriety which we could never accomplish before. We must, and we do, surrender in order to win.

WE GIVE AWAY TO KEEP. That seems absurd and untrue. How can you keep anything if you give it away? But in order to keep whatever it is we get in A.A., we must go about giving it away to others, for no fees or rewards of any kind. When we cannot afford to give away what we have received so freely in A.A., we had better get ready for our next “drunk.” It will happen every time. We’ve got to continue to give it away in order to keep it.

WE SUFFER TO GET WELL. There is no way to escape the terrible suffering of remorse and regret and shame and embarrassment, which starts us on the road to getting well from our affliction. There is no new way to shake out a hangover. It’s painful. And for us, necessarily so. I told this to a friend of mine as he sat weaving to and fro on the side of the bed, in terrible shape, about to die for some paraldehyde. I said, “Lost John” (that’s his nickname) “Lost John, you know you’re going to have to do a certain amount of shaking sooner or later.” “Well,” he said, “for God’s sake let’s make it later!” We suffer to get well.

WE DIE TO LIVE. That is a beautiful paradox straight out of the Biblical idea of being “born again” or losing one’s life to find it. When we work at our Twelve Steps, the old life of guzzling and fuzzy thinking, and all that goes with it, gradually dies, and we acquire a different and a better way of life. As our shortcomings are removed, one life of us dies, and another life of us lives. We in A.A. die to live.