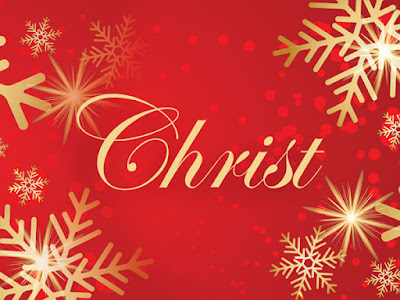 The wonder of Christmas and the greatest gift that was given to us is often symbolized in the story of a farmer who heard his kitchen window rattling one cold winter morning.

He went to the window and saw tiny sparrows who were attracted to his warm house, attempting in vain to fly through the glass. The farmer went outside and opened the door of his barn, hoping the birds would fly in and take advantage of the shelter from the storm that it offered. No luck. So he spread about some bread crumbs in front of the barn door and some just inside the barn door. Still no bird flew into the barn. So he tried waving his arms about in an effort to shoo the birds into the barn, but the man only succeeded in scattering the birds. Discouraged, the farmer went back into his house and peered out at the birds struggling in the storm.


“If I could only become one of them and lead them into the barn,” he thought wistfully. Then it hit him! He realized that is exactly what God had done in Jesus Christ! God sent us his son so he could lead us out of the storm of this life and into the shelter God offers us and to live with him! That’s the wonder of Christmas! It is, in fact, the very thing that many people either refuse to believe about Christmas – as they have big meals and celebrate – or what many others have forgotten.

Christmas can quickly and easily turn into a self-centered time of getting for ourselves – a time when the emphasis is on materialism, commercialism, parties and over-indulgence. The Christmas season is supposed to be a time when we celebrate the fact that God sent his son, Jesus, into our world – to give himself to us and for us. Yet so like the children of Israel who had just received the Ten Commandments from God, we quickly forget ‘the reason for the season’ and begin to fashion our own golden calves to worship. So instead of celebrating the advent of the promised messiah [deliverer], Christmas becomes a time of excess and greed.


Christmas and Easter are times when our hearts and minds are challenged to consider God’s profound love for us – but yet they are also times when we are tempted to trivialize, minimize and overlook the real meaning of the season.


Jesus scattered the money changers who threatened to turn the worship of God in the temple into religious commercialism. The service the money changers offered was not the problem – they were helping pilgrims from other countries by exchanging foreign currency into coins that could be used to pay the temple tax. The problem was they exchanged that money at considerable cost to those using their services, and so corrupted the worship of God into a commercial venture.

Christmas reminds us that Jesus is the reason for the season.


Jesus became human so that he might point the way to heaven, not in order for us to revel on this earth. He became one of us to help us come to know that this life, with all its trinkets, toys, and baubles, is not all there is. He came to bring us his presence, which is a more precious gift than any present money can buy.

Jesus is not a baby anymore, but wise men (and women) still seek him. Christmas reminds us of the mystery and majesty of Immanuel — God with us [Matthew 1:23]. We marvel and ponder at the profound truth that Jesus continued to be God while also becoming a baby. And not just any baby!

Even though Jesus is the Lord of all, The Prince of Peace, Mighty God, Everlasting Father, he was not born into a royal family in a castle with lots of pomp and ceremony – but a baby born into a blue-collar family. The only invited guests to this one-time event were some blue-collar workers – lowly shepherds who were on duty that night tending their sheep.

God invites us to stop, slow down, ponder, and wonder at this time of the year. These are great truths we should consider more than once a year, but the beauty of Christmas is that at least once a year we cannot ignore the fact that God, in the person of Jesus, became one of us. He became a baby so that the cradle would lead to the cross which would lead to the tomb, which would become empty and remain so, for Christ is risen – and lives that we might live! 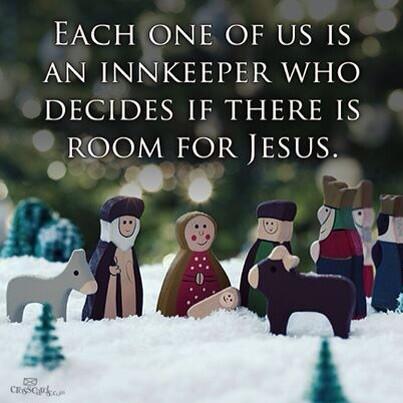