Enjoying the Holidays in Early Sobriety 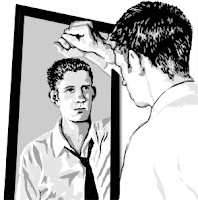 ‘Tis the Season When It’s Hard to Stay Sober’

Back in the days prior to my recovery… back in the days when I knew I liked to drink more than most people… back in the days when I looked forward to “the holidays”, because that meant I had a good reason excuse to drink ‘top shelf’ booze… I found it next-to-impossible to not embarrass myself, my wife, and anyone else who didn’t like the fact that I drank until I was obscenely drunk and totally obnoxious. So it became a holiday tradition that I would only drink at home or at my local watering hole where I knew a lot of people who drank like me; thus avoiding all the stuffed shirts and tight skirts that I never liked even when I was sober. Of course, that didn’t really SOLVE anything, other than allowing me to enjoy the holiday season my way, with fewer resentments under my belt.
When the holiday season rolled around in my first year of recovery, I was bouncing off the walls, trying my best to deal with both the physical and mental aspects of complete withdrawal. Even though my journey had begun in mid-July, I was still as raw and tender as a biker with road rash. I had already slipped and had a beer in the second week of October; but that turned out to be a good thing for me, as it showed me that even though I thought I had to have a drink, I knew that drinking wasn’t going to make me feel any better — inside or out. But that still didn’t remove the mental obsession that seemingly increased exponentially during the holiday season. It also didn’t help that I was beginning to work on my fourth step at the same time.
My wise and 'well-seasoned-in-recovery' sponsor suggested that I set aside working on my fourth step until after the holidays, and that helped some. He also suggested that I attend as many meetings as possible, which also helped. I also buried myself in service work at the club where my home-group met. By staying busy and focused on simply staying clean and sober, I was able to get through the holidays with some sanity and a feeling of accomplishment. It was a major milestone for me, for sure.
Some of the best meetings take place before and after the regular meetings. Opening up and talking with others in recovery – regardless how long they have been clean and sober – can sometimes be more helpful than a regular meeting. By talking with others who were as fresh in recovery as I was, it helped me to realize that I was not the only one who felt the way I did. By talking with those who had more sobriety than myself, I learned how they faced their struggles and temptations in early recovery.
Even more importantly, I began to trust God like I never had before, as I spent more time in prayer and reading my Bible.

"The spiritual life is not a theory. We have to live it." (Alcoholics Anonymous, page 83)

One of the key things I learned in early recovery, is to be mindful of my focus. If I focused on the problem, then I couldn’t think clearly and I became, restless, irritable, and discontent. If I focused on the solution, my day went smoother and I didn’t feel so helpless and hopeless.
So if I found myself focusing on my problems, the best thing for me to do was to stop and ask myself why. You see, I was learning that I really did have a choice, so why focus on that which made me feel worse. It did absolutely no good to feel sorry for myself. After all, my troubles really were of my own making. So instead of focusing on the fact that I couldn’t drink, I learned to think-through what would happen (what almost always happened) if I did go back out. I knew from experience that drinking never solved any of my problems. In fact, it was like pouring gasoline on a fire; it just made matters worse — in more ways than one.

"If a little is good, then more must be better!" --Wes S. (my AA sponsor & Spiritual mentor)

I knew I had the disease of more, because I always wanted more of what I thought made me feel better. Now that I had become aware of that fact, I needed to replace the booze and drugs with something much better and longer lasting. My sponsor and the “Big Book” made it clear that God could and would do for me that which I was unable to do for myself. So if going to more meetings and being of service was helpful, then it stood to reason that the more I sought out and trusted in God, the better off I would be and become.
So if you’re new in sobriety and you’re not looking forward to facing all the temptations, memories, and frustrations that come with the holidays, don’t isolate yourself from those who have been there and can help you through the rough spots.
If you have yet to take step three, then allow the group to be your temporary Higher Power. Get a sponsor if you don’t already have one. And remember what AA co-founder Bill W discovered when he was early in his recovery… 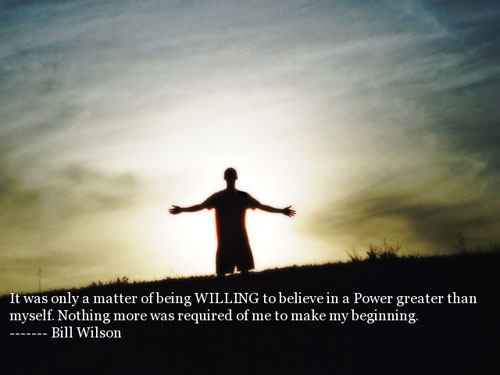 To Seek and Know God

Colorado Karl
“A nobody, telling everybody, about a somebody, who can change anybody." A follower of "the way, the truth, and the life". (cf. John 14:6 KJV)