Being Sure of God 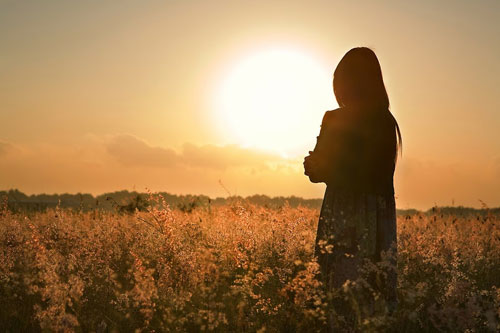 How can you be so sure there is a God, since science has not proven His existence?

The existence of God cannot be proven in a laboratory or through the complicated mechanisms of logic. Neither can love, nor beauty, nor happiness, but that does not mean they are not real. In the same way, just because you cannot "prove" that God exists the same way you can prove a chemical formula, does not mean that He is not real. It simply shows that you are using the wrong tools and methods.

Faith is not anti-intellectual. Evangelist Billy Graham is quoted as saying...

"Some of the finest scientists I have ever met are men and women with a deep faith in God, because they realize that science alone cannot explain where we came from or why we are here. They are convinced that science itself points to an all-wise and all-powerful Creator. As the Bible says, 'The heavens declare the glory of God; the skies proclaim the work of his hands' (Psalm 19:1).


God is a spiritual being. He exists outside of time and space because he created time and space. He created life as we know it and we are a part of his creation. The Bible tells us that God created us in his image [to be like him]. When God formed the first man (Adam is Hebrew for 'man') out of the earth [clay, dirt, soil], God breathed life (his spirit) into him (Genesis 2:7). This is what separates us from all the other living creatures on the face of this earth. God did not breathe life into any other creature except Adam [the first man].


Now if that sounds far-fetched [unrealistic] to you, then let us consider for a moment the "scientific theory" called "The Big Bang". Now remember that a theory is "an assumption based on limited information or knowledge; a conjecture".1 The 'Big Bang' is a cosmological theory holding that the universe originated approximately 20 billion years ago from the violent explosion of a very small agglomeration of matter of extremely high density and temperature.2


My question to you is, which of these two is more believable?

A) The Big Bang theory that life as we know it was the result of a violent explosion of inert matter.


B) A Supreme Spiritual Being (God) created everything.

As Billy Graham noted, science can explain many things, but it cannot explain how things became to be the way they are. Science can identify and understand some of the simpler laws of nature and physics, but it cannot explain the underlying CAUSE of that which it can identify (the who or what that set everything in motion and determined what that motion would be, what it would do, why, and to what purpose).


If you truly require "evidence" of God, then consider the greatest evidence of all; the life, death, and resurrection from the dead of the man known today as Jesus Christ. Even though he did many things that no one before or since has done, the people of his time still did not believe he was who he claimed to be - until he rose from the dead. Jesus was the first and only person to conquer death. Why? Because he is the only, the unique, the first and the last, Son of God.


We can know God is real because He sent his son to represent him. If you want to know what God is like, look at the life of Jesus, who is "the image of the invisible God" (Colossians 1:15). Talk to people who have had "first-hand" spiritual experiences that science cannot explain. Experiences that have changed hearts and lives in a way no science could ever do - supernatural (outside of the laws of nature) experiences.


Don't let intellectual pride - or anything else - get in the way of discovering a new, abundant way of living and being that can only come from faith and belief in the Creator of all life as we know and understand it. When we face the truth that we don't have all the facts, all the knowledge about our lives and the universe in which we live, we begin to open our hearts and minds to the Great Reality of all time - God as he has chosen to reveal himself in Scripture; what we identify today as the Holy Bible.


The Bible says, "The foolishness of God is wiser than men; and the weakness of God is stronger than men" (1 Corinthians 1:25). The Bible also says, "No one can please God without faith. Whoever goes to God must believe that God exists and that he rewards those who seek him." (Hebrews 11:6, GWT).


Do not let your fear of God keep you from acknowledging him. Yes, "It is a fearful thing to fall into the hands of the living God" (Hebrews 10:31). So why not come to him now, while there is still time? God longs for you to seek him out and come to know him. 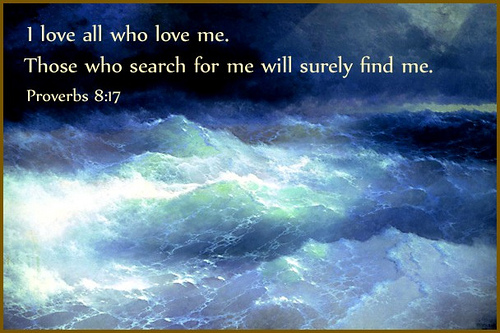