Out of Denial and Into the Truth 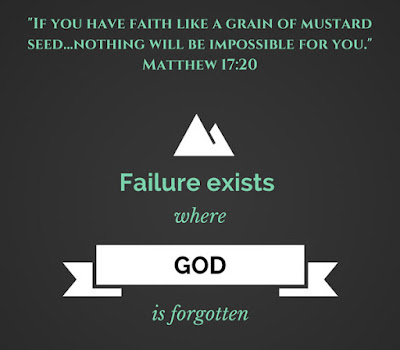 "Many of us had moral and philosophical convictions galore, but we could not live up to them even though we would have liked to. Neither could we reduce our self-centeredness much by wishing or trying on our own power. We had to have God's help." (Alcoholics Anonymous, Chapter Five, page 62)

In the book, 'Alcoholics Anonymous', there is a chapter entitled, 'How It Works'. In that chapter the following statement is made:

Remember that we deal with alcohol-cunning, baffling, powerful! Without help it is too much for us. But there is One who has all power-that One is God. May you find Him now! Half measures availed us nothing. We stood at the turning point. We asked His protection and care with complete abandon.

This is not the first or only time in the book that the idea is put forward that alcoholics cannot cure themselves, and that only by surrendering to a power greater than themselves, could they ever have any hope of recovering "from a hopeless state of mind and body" (ibid; 'Forward to the First Edition').

In fact, in the fourth chapter of the book, a clear declaration is made regarding how helpless and hopeless the co-founders and pioneers of Alcoholics Anonymous had been since they had placed themselves "beyond human aid" (ibid; pg 24).

In the preceding chapters you have learned something of alcoholism. We hope we have made clear the distinction between the alcoholic and the nonalcoholic. If, when you honestly want to, you find you cannot quit entirely, or if when drinking, you have little control over the amount you take, you are probably alcoholic. If that be the case, you may be suffering from an illness which only a spiritual experience will conquer.

If a mere code of morals or a better philosophy of life were sufficient to overcome alcoholism, many of us would have recovered long ago. But we found that such codes and philosophies did not save us, no matter how much we tried. We could wish to be moral, we could wish to be philosophically comforted, in fact, we could will these things with all our might, but the needed power wasn't there. Our human resources, as marshalled by the will, were not sufficient; they failed utterly.

Lack of power, that was our dilemma. We had to find a power by which we could live, and it had to be a Power greater than ourselves. Obviously. But where and how were we to find this Power?

Well, that's exactly what this book is about. Its main object is to enable you to find a Power greater than yourself which will solve your problem. That means we have written a book which we believe to be spiritual as well as moral. And it means, of course, that we are going to talk about God.

To those who found such a concept undesirable or beyond their ability to grasp, they again shared their experience regarding their dilemma.

We needed to ask ourselves but one short question. "Do I now believe, or am I even willing to believe, that there is a Power greater than myself?" As soon as a man can say that he does believe, or is willing to believe, we emphatically assure him that he is on his way. It has been repeatedly proven among us that upon this simple cornerstone a wonderfully effective spiritual structure can be built.

Again, for those who found such a concept unpalatable, they shared their realization regarding their dilemma.

Logic is great stuff. We liked it. We still like it. It is not by chance we were given the power to reason, to examine the evidence of our senses, and to draw conclusions. That is one of man's magnificent attributes. We agnostically inclined would not feel satisfied with a proposal which does not lend itself to reasonable approach and interpretation. Hence we are at pains to tell why we think our present faith is reasonable, why we think it more sane and logical to believe than not to believe, why we say our former thinking was soft and mushy when we threw up our hands in doubt and said, "We don't know."

When we became alcoholics, crushed by a self-imposed crisis we could not postpone or evade, we had to fearlessly face the proposition that either God is everything or else He is nothing. God either is, or He isn't. What was our choice to be? (emphasis added)

Thus, when it came to chapter five, 'How It Works', they shared the steps they took to overcome their dilemma and actually recover from their "hopeless state of mind and body."

Our stories disclose in a general way what we used to be like, what happened, and what we are like now. If you have decided you want what we have and are willing to go to any length to get it-then you are ready to take certain steps.

At some of these we balked. We thought we could find an easier, softer way. But we could not. With all the earnestness at our command, we beg of you to be fearless and thorough from the very start. Some of us have tried to hold on to our old ideas and the result was nil until we let go absolutely.

Remember that we deal with alcohol-cunning, baffling, powerful! Without help it is too much for us. But there is One who has all power-that One is God. May you find Him now!

Half measures availed us nothing. We stood at the turning point. We asked His protection and care with complete abandon.

Here are the steps we took, which are suggested as a program of recovery:
Many of us exclaimed, "What an order! I can't go through with it." Do not be discouraged. No one among us has been able to maintain anything like perfect adherence to these principles. We are not saints. The point is, that we are willing to grow along spiritual lines. The principles we have set down are guides to progress. We claim spiritual progress rather than spiritual perfection.

Our description of the alcoholic, the chapter to the agnostic, and our personal adventures before and after make clear three pertinent ideas:

(a) That we were alcoholic and could not manage our own lives.
(b) That probably no human power could have relieved our alcoholism.
(c) That God could and would if He were sought.

Everyone of the co-founders and pioneers of Alcoholics Anonymous had to SURRENDER TO THE TRUTH of their situation and THE ONLY VIABLE SOLUTION to their dilemma. In so doing, they also discovered many more truths about themselves, their fellows, and their Creator. The bottom line being...

In this book you read again and again that
faith did for us what we could not do for ourselves.
(pg 70)