We Don't Have to Drink to Die 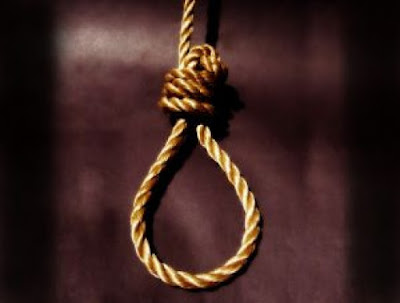 Our disease doesn't need us to drink in order to kill us.

We buried him yesterday. The County Coroner had published the required notices for next of kin and nobody had claimed the body. It was just me and his sponsor. No preacher even; the county doesn't pay for those.

Not much of send-off, and not the one David had asked for. A cheap coffin, a backhoe dug a hole, and that was it - another old AA gone.

He had been sober over 20 years and in AA over 30, a stern and rigid man who tried to soften his edges and never could.

He was a loner, an isolated man at the edge of life's good things. He hung in there... and in the end hung himself. I don't know why; I can't know. I know there had been a diagnosis of senile dementia, and I know that the doctor had added cancer to the list. But, I've seen AAs deal with such things before... I don't know why David decided he couldn't.

It isn't the first time I've been through this in Alcoholics Anonymous. I've known several over the years who just up and walked out life's door one day. Sober, but not happy. Sober, but not at peace. Sober, but they died of alcoholism.

Our disease doesn't need us to drink in order to kill us. I wish more folks knew that, and appreciated it.

Alcoholism is the only disease that is entirely capable of fighting back, of taking care of itself, and of emerging in new places and new forms when it isn't properly treated. That's because of the spiritual malady.

Most people think that has something to do with prayer or with God. It doesn't. It has to do with 'our spirit'... that force which animates, motivates and propels us.

As an alcoholic, my spirit is ill. It is flawed. My character, or basic nature, doesn't work right. At its root, it is a fundamental and irresolvable insecurity... a hole that can't ever be filled. It is an instinct run rampant, a desperate need for acceptance and love that cannot be met. It hurts. It fills one with fear. The selfishness and self-centeredness of the alcoholic lies here... we are totally preoccupied with what is going on with ourselves on the inside.

The slings and arrows of experience warped by this need drive us to the fringe, and the voices of the committee in our head keep us there. We are obsessed with ourselves, and from this condition of mind... the insanity of feelings gone haywire, we eventually self-medicate. We discover alcohol or something else... and the stuff quiets the voices, provides the relief we've never been able to find in any other way. It isn't any wonder we drink, or drug, the way we do. And some of us don't develop an addiction... in attempting to meet these crying demands of our spirit become ill, we develop other malformations of behavior, and suffer in a hundred different ways.

God broke David's obsession to drink. But, I don't think David ever truly understood his disease. I say that because I watched him struggle with those old unresolved issues of his heart for years. His rigidity, coldness, aloofness, isolation and difficulty with other people were a reflection of the pain in his heart... of the disease of alcoholism gone deep inside, and still active.

Alcoholism didn't need David to drink in order to continue trying to kill him, and in the end... it succeeded. In the end, instead of self abandoned... David abandoned hope... and discovered a bitter end.

Our recovery from alcoholism through the Steps must be a three-fold process. It is not one dimensional. When we say, in AA, that we have a triangle... recovery, unity, service... we mean it.

In working the Steps, I clear a pathway for two purposes... first, to come into a group of human people and away from the fringe of society where I have spent most of my emotional life.

Secondly, to discover 'belonging' through service to the people within that group. It is only this entire, threefold process that heals. It is especially true for those of us who suffer from the spiritual malady to a great degree.

Perhaps the 12th Step says it best: "Having had a spiritual awakening as the result of these Steps (recovery), we tried to carry this message to other alcoholics (service) and practice these principles in all our affairs (unity).

You see... I cannot hold back. I must not continue to suffer that shyness, aloneness, that overwhelming sense of self... in my affairs. I must get involved in a group of people to practice these principles in all my affairs. Only the total approach is healing. Anything less is little more than driving my disease deep... and if I do that... it will continue to eat away, trying to destroy me.

It destroyed David. This is a memorial to an old AA who gave his best shot... and I think David ended up on the plus side. It wasn't his fault; he seemed to have been born that way.

There were a lot of old ideas about self that David could never muster the willingness to let go of. He is at rest now.

But it says somewhere that "no matter how far down the scale we have gone, we will see how our experience can benefit others."

David cannot speak to his experience any longer; I am speaking in his memory. And I think that if David could talk to us today, he'd say "Understand your disease thoroughly, and work the complete program of recovery"!