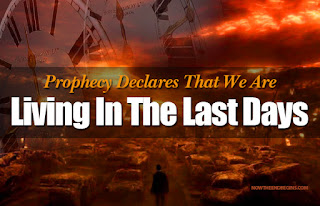 Are we truly living in the *Last Days*

My response to that question is, "Perhaps".
The answer to such a question has both a Biblically-based response and an emotionally-based response.
BIBLICALLY SPEAKING
My understanding of all related Bible text would indicate that, YES, we are living in the last days. It began with the FIRST ADVENT of the Son of God and will culminate at his SECOND COMING.
EMOTIONALLY SPEAKING
These are turbulent and trepidatious times, no doubt. With the advent of the 21st century, we are seeing hyper conduct and activity from people of all walks of life. Especially with the GLOBAL THREAT of the Coronavirus Pandemic. Those of us living in the United States are seeing our civil liberties being dismantled more and more as the end of 2020 approaches. We are fighting an uncommon war with an uncommon enemy on uncommon territory.
At this point, it would seem that our government is going to fall apart just like the Roman Empire did, from within. Consider the following quote by Alexander Fraser Tytler;

“A democracy cannot exist as a permanent form of government. It can only exist until the voters discover that they can vote themselves largesse from the public treasury. From that moment on, the majority always votes for the candidates promising the most benefits from the public treasury with the result that a democracy always collapses over loose fiscal policy, always followed by a dictatorship. The average age of the world's greatest civilizations has been 200 years. These nations have progressed through this sequence: From bondage to spiritual faith; From spiritual faith to great courage; From courage to liberty; From liberty to abundance; From abundance to selfishness; From selfishness to apathy; From apathy to dependence; From dependence back into bondage.”

A look at International News shows not only harsh restrictions on people due to the pandemic, but also global activity that fits the biblical end-time narrative precisely. Wars and rumors of wars. A movement toward a "One World" global system of government. The sudden and surprising Israeli "peace deals" with various nations in the Middle East. To me, all this activity appears to be in preparation for the revealing of the *Man of Lawlessness*.
While I will not speculate as to how close I believe we might be to this event taking place, I do believe that Creation is closer than ever to culmination of prophetic events leading up to the *Second Advent of the Son of God*. 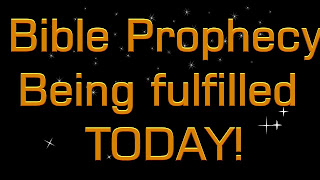 If you are not familiar with what the Son of God declared during his incarnate time on earth, or would like to refresh your memory, then I encourage you to prayerfully take some time reviewing the following passages;
If you would like to discuss this topic, please feel free to add your comments and questions to this discussion.
Thank you.