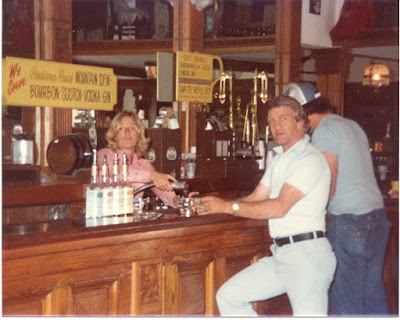 Thanks to some people I'm following on Twitter, I got the idea to share, via some music videos, the alcoholic lifestyle that I, and others like me, lived. You know... a musical video montage of "What it was like, what happened, and what it's like now".
First up, 'The Man Takes A Drink'
Does that sound about right?
It sure fit me to a 'T'
Next up, 'The Drink Takes a Drink'
Reality is starting  to set in. It isn't all that much fun anymore.
It ain't at all like it used to be. I didn't realize what I was getting into.
YIKES!
(Alternative version here: https://youtu.be/_LV_I0lLce0)
Next up, 'The Drink Takes the Man'
The drink has taken priority.
Now my life has become just like a country song!
I don't need or want anyone around me anymore.
Besides, I got my buddies Jim (Beam) and Jack (Daniels)
And my boy Hank (Williams)
I'll get by just fine!
Remember how it all started? Thinking we were out to have a good time?
Someone who had already been down that road helped me see that I didn't have such a good time after all. Now I was paying the piper!
If you have a copy of the book, Alcoholics Anonymous, turn to chapter three, 'More About Alcoholism'
Take your time and read it through, taking every word to heart. Think about how it relates to you and your drinking experience(s). Can you see yourself in the text? If you can, then after you finish chapter three, turn back to chapter two, 'There Is A Solution' and give it a thorough reading.
If you can relate to those two chapters, but are still struggling with the idea that you have placed yourself 'beyond human aid', then maybe you don't see yourself as an alcoholic - yet. That's okay. Keep rolling the dice if you believe you're in control.
But if you sincerely believe that you have a problem with alcohol and would like some help, open your favorite search engine and look for an AA, NA, CA, or some other 12-Step group, and attend some meetings. Listen closely for the similarities, not the differences.
We don't need alcohol (and all that goes with it) to live. But if we do keep on living with it, we will surely die from it. ("Suicide on the Installment Plan")

For most normal folks, drinking means conviviality, companionship and colorful imagination. It means release from care, boredom and worry. It is joyous intimacy with friends and a feeling that life is good. But not so with us in those last days of heavy drinking. The old pleasures were gone. They were but memories. Never could we recapture the great moments of the past. There was an insistent yearning to enjoy life as we once did and a heartbreaking obsession that some new miracle of control would enable us to do it. There was always one more attempt - and one more failure.

The less people tolerated us, the more we withdrew from society, from life itself. As we became subjects of King Alcohol, shivering denizens of his mad realm, the chilling vapor that is loneliness settled down. It thickened, ever becoming blacker. Some of us sought out sordid places, hoping to find understanding companionship and approval. Momentarily we did - then would come oblivion and the awful awakening to face the hideous Four Horsemen - Terror, Bewilderment, Frustration, Despair. Unhappy drinkers who read this page will understand!

Now and then a serious drinker, being dry at the moment says, "I don't miss it at all. Feel better. Work better. Having a better time." As ex-problem drinkers, we smile at such a sally. We know our friend is like a boy whistling in the dark to keep up his spirits. He fools himself. Inwardly he would give anything to take half a dozen drinks and get away with them. He will presently try the old game again, for he isn't happy about his sobriety. He cannot picture life without alcohol. Some day he will be unable to imagine life either with alcohol or without it. Then he will know loneliness such as few do. He will be at the jumping-off place. He will wish for the end.

We have shown how we got out from under. You say, "Yes, I'm willing. But am I to be consigned to a life where I shall be stupid, boring and glum, like some righteous people I see? I know I must get along without liquor, but how can I? Have you a sufficient substitute?"

Yes, there is a substitute and it is vastly more than that. It is a fellowship in Alcoholics Anonymous. There you will find release from care, boredom and worry. Your imagination will be fired. Life will mean something at last. The most satisfactory years of your existence lie ahead. Thus we find the fellowship, and so will you. 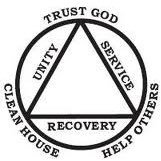